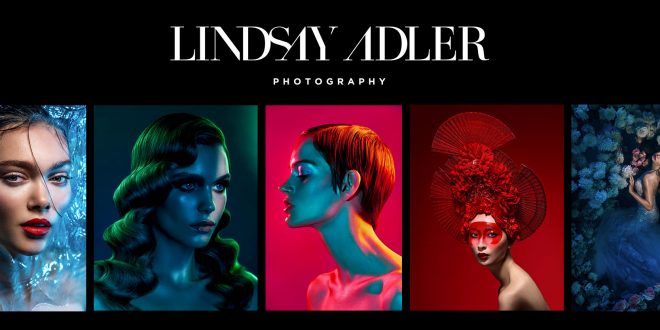 Posted by: elixxier 29. May 2020 in General, Light Setups, Tutorials Leave a comment

Based in New York City, fashion photographer Lindsay Adler has risen to the top of her industry, not only as a photographer but also as an educator. Her fashion editorials have appeared in various fashion and photography publications including Marie Claire, Elle Magazine, Harper’s Bazaar, L’Officiel and dozens more. As a photographic educator, she is teaching on the industry’s largest platforms and most prestigious events. While Lindsay has worked with countless top brands like Adobe, Canon or Microsoft, she is also known for her creativity and her clean and bold style. Designers and stylists love to collaborate with her because of her talent to create fresh and unique looks

But Lindsay doesn´t stop there, being an author of five books, she is always working on new ways to share her passions and knowledge with others. Today we want to share her latest video tutorial where she uses the lighting simulator set.a.light 3D, while talking about the power of using grids with gels. We will illustrate you step by step how she creates different effects by adding grids and colored gels to each light shaper and you will learn how you can control the spread of light

Check out the video:

Lindsay is starting with a really simple standard two light setup, using a beauty dish as her main light. The beauty dish creates, due to its slightly lateral position to the model, some sculpting on the face, a little bit of shadow and drama, but overall a pretty nice even illumination.

As a rim light, she adds a strip light which illuminates the side of the models body and her face. This is the perfect starting point to see in the next steps, what happens when you add grids to the light shapers and how you can use them to control the spread of light, when you use gels.

Adding a colored gel to the beauty dish

Lindsay starts with adding a colored gel to her beauty dish. It illuminates the model nicely but you can see that the background is kind of washed out and looking grey in the lower area. The reason for that is that the rim light is spilling light on the background and deslutes the color meaning it washes out the pink.

Adding a grid to the strip light

But why is a grid such an important and powerful tool? “Adding grids to control the spread of lights, I can decide where the color is going to show up. Without a grid the light might be kind of spilling everywhere. When I add a grid, I can restrict that.” Lindsay explains in the video. Adding a grid to the strip light, we get an idea what she’s talking about. The grid prevents the light of spilling on the background. You can see the background is looking now much more saturated, the picture becomes more dramatic and the light becomes much more controlled.

Adding a colored gel to the strip light

Lindsay is adding additional to the grid, she’s already using on the strip light, a colored gel in the shade blue. The gel gives the model a touch of color on the left side of her body and face.The beauty dish is still without a grid and can spill the light on the model and the background.

Adding a grid to the beauty dish light

Removing the grid of the strip light and changing its direction

Lindsay Adler teaches you in quick five steps how to control the spill of light by using grids. She shows how to work with different combinations of grids and colored gels and how a couple of quick changes can make a big difference. When Lindsay uses gels in her photography, she often uses grids, because then she can decide where the color is going to show up, instead of just hoping, that the color will be saturated in the places that she intends.

set.a.light 3D gives you the power of pre-lighting your scene comfortably from home. All you need is your computer and a bit of creativity. Try out new ideas beforehand, play with different lighting modifiers and gels to achieve the perfect look. The virtual photo studio is your playground. You will be better prepared at your shoots and nothing can stop you from taking outstanding pictures.

You are curious and want to download Lindsay Adler`s .SET FILE that she used in the video and have a closer look? Then click the link below:

You want to become a pro with colored gel photography?

Lindsay Adler also offers a gel tutorial called “The Magic Of Gels” which gives you a deep insight into the power of colored gels and how to work with them the right way.

And the best thing is:
Afterwards you can apply your newly gained knowledge directly in set.a.light 3D and plan exciting new lighting setups.

If you want to learn more about colored gel photography, we recommend you to check this workshop out:

2020-05-29
elixxier
Previous: High Power Posing vs. Low Power Posing – the body language has a huge influence on the effect of your pictures
Next: Everything you need to know about the quality settings in set.a.light 3D