Home » General » High Power Posing vs. Low Power Posing – the body language has a huge influence on the effect of your pictures 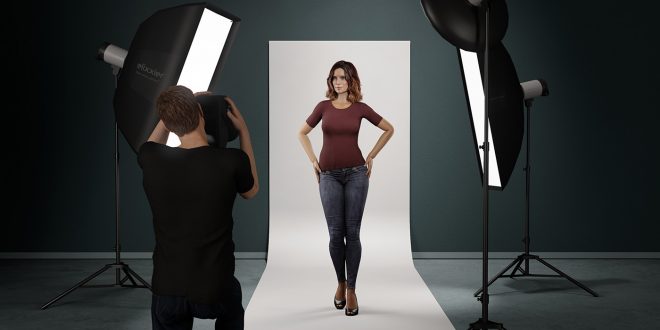 High Power Posing vs. Low Power Posing – the body language has a huge influence on the effect of your pictures

Posted by: elixxier 20. May 2020 in General, Light Setups, Tutorials Leave a comment

The body language of your model has an enormous influence on the visual impact of your photos. We tell you how you can support the expressiveness of your pictures by planned posing and show you with examples what is behind the terms “High Power” & “Low Power” Poses.

As a photographer, you don’t always get a model in front of the lens who is practiced in posing and is also aware of the effect of its poses, for example in customer shootings. A lack of body awareness can sometimes lead to exaggerated poses or  insecurity in front of the camera can lead to a tense posture. But this does not have to be the case.

The more you train your eye, the easier it will be for you to recognize and correct your models posture mistakes. When realizing your picture ideas, pay attention not only to the lighting but also to the posture of your model. Only when facial expressions, picture mood and body language form a unit, the overall impression becomes harmonious.

The importance of body language

The body is never mute. Even when people come together and don’t speak to each other, they communicate through their body language. Interlocked arms are as much a message as changing the position of the legs, but also the color of the blouse or a subtle perfume is a way of communication.

Facial expressions, gestures, posture and clothing are important instruments of nonverbal communication, which is the oldest form of interpersonal communication. Unknowingly we send out powerful messages with our bodies, which reveal our real feelings. As a photographer, you can make good use of this power by making sure that your model’s posture matches the emotion you want to capture. To achieve this, it is important that you are aware of the different ways in which this power works.

High Power Poses can be used if you want your picture to express strength and self-confidence. For this purpose the model takes an open and space-consuming pose. The more space your model takes up with the pose, the more strength it signals.

A well-known example is the Superwoman pose. For this, the model, whether male or female, stands with its legs apart and puts its hands on its hips. This signals courage and self-confidence.

This principle can also be applied to sitting poses, for example by positioning your model’s legs and arms so that they take up more space instead of keeping them close to the body.

Where do you put your hands when High Power Posing?
It is best not to put your hands in the face, because this can quickly look out of place, distract and at worst dominate the whole picture. When we look at a person, our gaze automatically lingers mainly on the face, but since our hands play an equally important role in communication and gestures, we pay attention to them in the second place. For this reason, the hands should be placed with care.

An exception is the thinker pose, which is created by the supporting effect of the hands. Here, the hand is held discreetly on the chin area of the face, or the head is supported on the hand. If necessary, it can also easily cover the chin.

For a determined impression, this classic can be realized with a firm gaze into the camera or the model directs its gaze sideways into an imaginary distance. Used correctly, this pose can appear thoughtful, clever and even seductive at the same time. A famous example of this is the cover photo of Steve Jobs’ biography.

You can even use your hands to emphasize authority by holding your fingertips together. Opera Winfrey or President Obama, for example, do this.

Clearly ambiguous
Attention: interpreting crossed arms correctly is a complex matter. They can never be interpreted conclusively as a single signal. Only other building blocks, the physical communication as a whole and the context provide information about which statement should support this attitude. This pose is also known from business pictures or manager portraits, although the pose is very liked in itself because many people feel insecure in front of the camera and do not know what to do with their hands.

As long as the hands remain visible during the pose, it can look open. With appropriate expression even confident and relaxed, but also distance, lack of interest, dominance and control can be emphasized. Only one thing helps: look closely and pay attention to the fine details around it.

The CEO pose communicates self-confidence and strength. For this purpose, the model leans against a table, chair or other object with the body slightly tilted forward. The hands are placed to the left and right.

The counterpart of the High Power Poses are the Low Power Poses. You can use them, if you want to give your picture a vulnerable touch. The model takes a passive position, i.e. rather closed and contracted. These poses express shyness, insecurity and timidity.

This example shows a model with arms folded and eyes slightly lowered. You immediately feel the melancholy that this image expresses, because the attitude of the model symbolizes the need for protection and security. With the right lighting, you can intensify this effect.

If you want to make the model vulnerable, the model can turn away and look to the side with her head bowed.

Another very effective low power pose is a sitting, slumped posture. If the model sits on the floor and looks up shyly, the picture radiates thoughtfulness.
If you choose a black and white picture, you also give the observer the opportunity to fully engage with the pose of the model and the message of the picture.

Conclusion
So you see, for every mood or effect that needs to be created for a picture, the pose of a model can make a big difference. For this it is important that you know for yourself what you want to see. So for your next shoot, invest a few extra minutes to find out which poses are best for your shoot and make a plan or mood board to take with you.
If you communicate your ideas openly with your model, nothing will stand in the way of a perfect shooting!

You are still looking for creative ideas or further suggestions for poses? Then use the time now to visit our Community in set.a.light 3D. It’s a great place to get new inspiration as well as a feeling for what poses work and how.
Find out HERE, how to join the Community.

2020-05-20
elixxier
Previous: Tanja Maschka creates artistic photographs in the virtual photo studio during the lockdown
Next: The Power Of Using Grids With Gels – Video Tutorial with Lindsay Adler